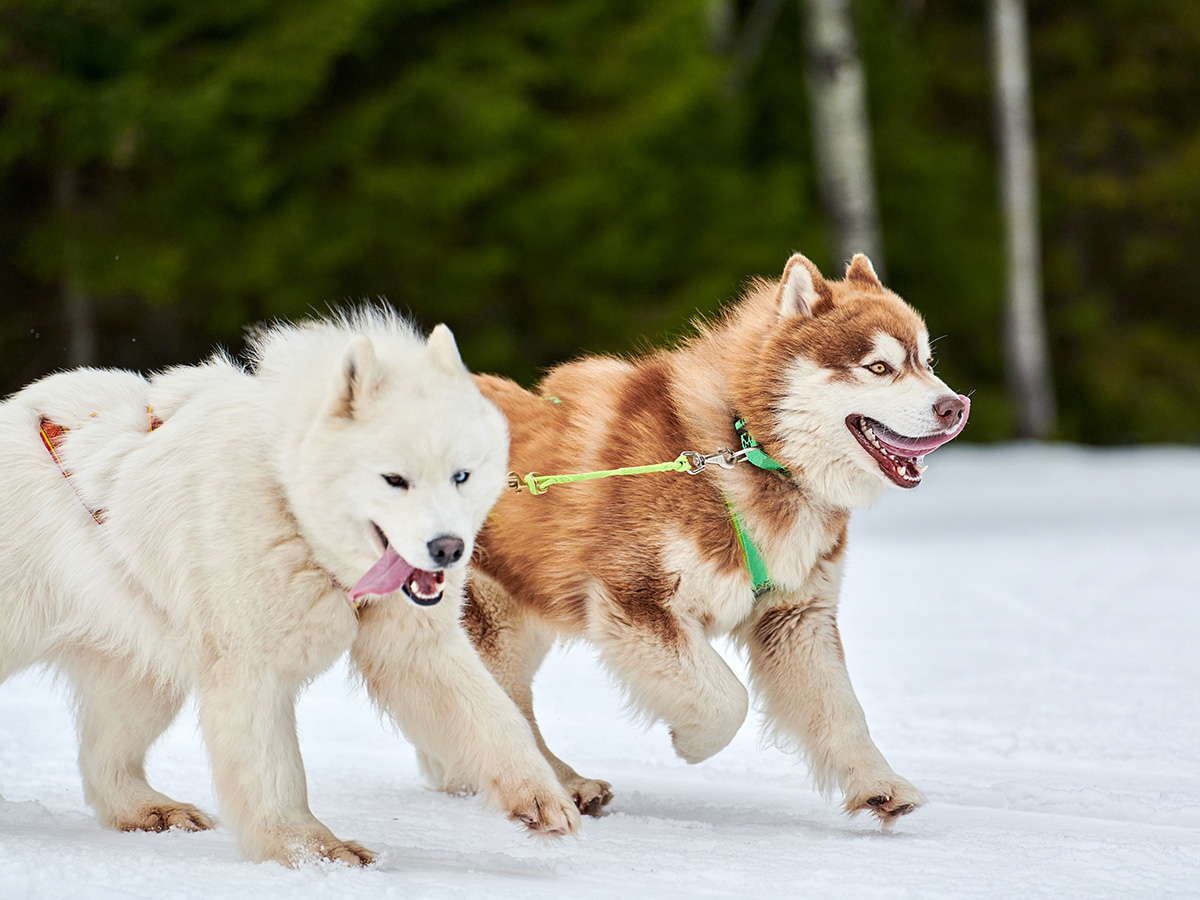 Samoyeds are a lovely dog breed guaranteed to bring a smile to your face in almost any situation. Their limitless energy just makes it impossible for you not to spend as much time with them as possible.

However, they do have a very distinctive look, resembling a terrifying predator. You must have wondered at least once:

Are Samoyeds closely related to wolves?

This is a question asked by many parents of Sammies, and we are here today to present the truth. You will be surprised when we present you with some interesting facts.

The Origin of Samoyeds

Samoyeds come from Western Siberia. Their name is associated with the Samoyed people.

Living on this remote soil characterized by harsh and cold winters, Samoyeds were used as working dogs. Their daily life consisted of helping the working people get through their daily activities.

They’re tough dogs who were able to perform difficult tasks at extreme temperatures thanks to their double fur!

If you are interested in finding out more, we suggest you head to our article on the history of Samoyeds:

So, Are Samoyeds Closely Related to Wolves?

Yes, Samoyeds belong to a group of dogs that is very closely related to wolves. Proof of this is the Samoyed belonging to the Spitz group of dogs, which is closest to wolves in their characteristics.

In addition to the Siberian Husky and Malamute, Samoyeds are living evidence of genetic kinship with wolves.

However, it is important to note that the most recent scientific evidence indicates that dogs have not actually descended from wolves. Instead, they are relatives! They simply share a common, extinct ancestor.

For starters, both Samoyeds and wolves have a double coat. The first layer consists of coarse hair, which protects against bad weather. In contrast, the second one is made up of fine wool to maintain body temperature in cold conditions.

This means that they are well-adapted to extreme temperatures!

Another important physical characteristic that confirms the closeness of Samoyeds to wolves is the shape of the head. Samoyeds have a pointy muzzle that can be slimmer, usually wedge-shaped.

Also, Samoyed’s ears are wolfish. They are characterized by sharp triangle-like edges, much like the ears of their wild relatives.

Most of these facts probably weren’t very surprising, as it is pretty apparent that they visually resemble wolves.

If we look at the way of life of Samoyeds in the past, we will come across many similarities with wolves.

Living in the cold areas of Siberia, the Samoyeds followed people on the hunt. They have a hunting urge in their genetics, which is why they love to chase things around!

Living in families worldwide for centuries, Samoyeds have built their friendly behavior and are the furthest thing from dangerous predators today.

Another important characteristic is that Samoyeds prefer to live in a pack just like wolves. Proof of this is their separation anxiety and the fact that Samoyeds can become destructive if left alone, separated from their family.

Also, we all know how much Sammies love to bark. But, in addition to barking, you have probably noticed that the Samoyeds are very good at howling. It is another similarity that unites Samoyeds and wolves.

Who would ever think that there are so many similarities between Samoyeds and wolves? After all, our fluffy white clouds are such gentle balls of fur.

Still, if you take a closer look, you will see that there are a lot of similarities.

Now, please share your opinions with us in the comments below. We would be happy to hear what you have to say!