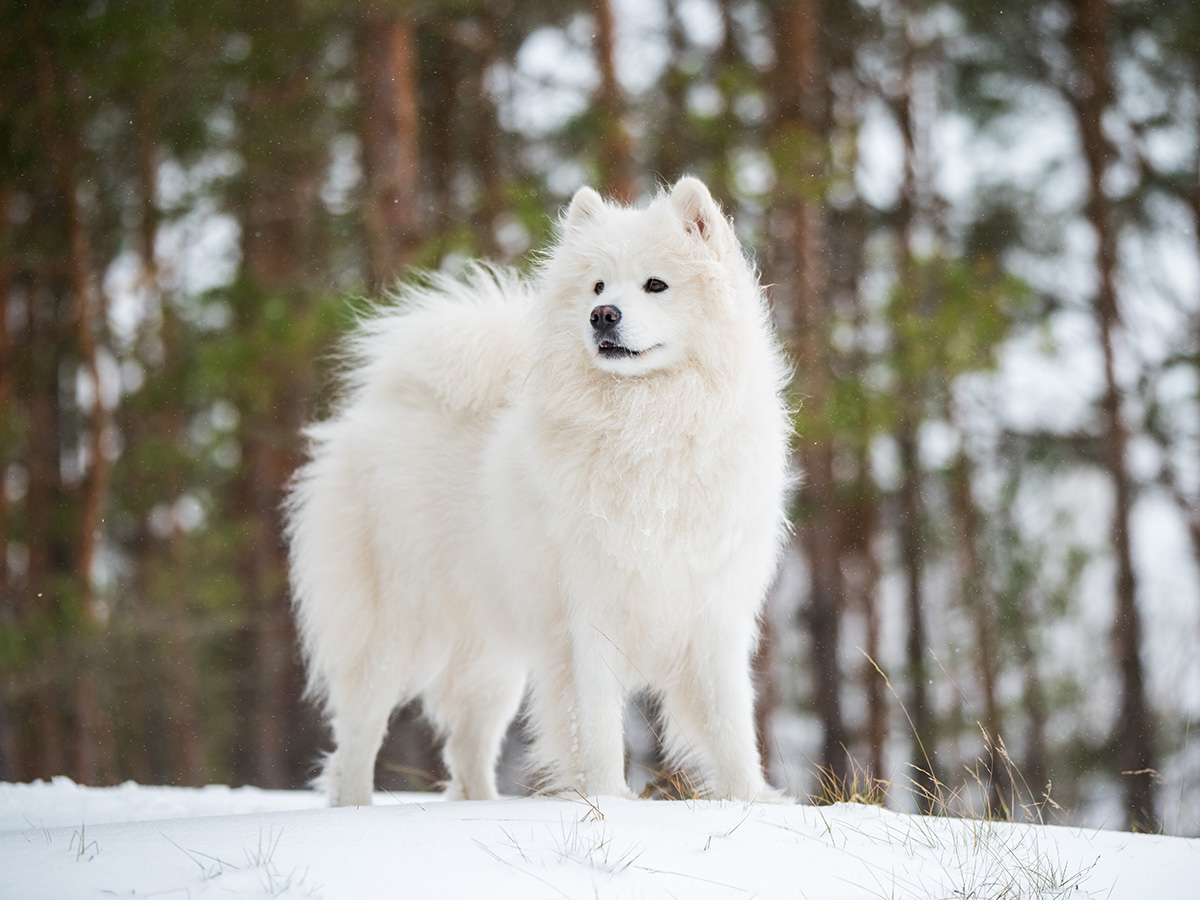 Samoyeds are a gorgeous dog breed recognized by their beautiful shimmering white fur that makes them appear siblings to polar bears.

With their ever-smiling faces and arctic-seeming features, it is natural to wonder:

Where are Samoyeds from?

Would one think of the North Pole? Or even somewhere along the lines of Alaska?

If you’ve wondered the same (and more) about these adorable furry friends, then do not look beyond this article. Today we’re going to be exploring the Samoyed history and dig deep into their origins.

The Origin – Where Are Samoyeds From?

The Samoyeds come from northwestern Siberia, where they used to pull sleds, herd reindeer, and hunt for centuries. In the Siberian climates, Samoyed dogs were perfect for herding and sled hauling and could well-withstand the cold with their thick fur coats.

This working breed derives its name from a cultural group that inhabited Siberia – the Samoyede people, recognized through their particular linguistic and ethnic characteristics.

The History – The Tale of Samoyeds

In addressing the repeatedly asked question of where Samoyeds are from, it is equally important to put a lens to their history and figure out just how this majestic breed came to be.

Vital Importance in History of All Dogs

The most interesting fact about the history of Samoyeds is that it is, in fact, a basal breed.

We can already hear you wonder: what does that mean?

Basal dog breeds are the sixteen fundamental dog breeds that are the ancestors of all other dog breeds which currently exist! At least one of these 16 canine species is responsible for every dog breed that exists today.

Clues that make it possible to classify a breed as belonging to the basal sub-genus may include various primitive (wolf-like) traits, such as:

Samoyeds very well precede the origin of modern breeds of dogs that came forth in the 19th century. Being a part of the northern dog group, known as laikas, to be more specific, Samoyed is skilled in many working dog tasks such as:

The Expansion of the Breed

First Samoyeds left northern Russia and Siberia during the late 1800s and early 1900s. Explorers used them to pull sleds on Arctic and Antarctic expeditions through most of the first half of the twentieth century.

Few sources estimate that some of these hardy and heroic animals covered over 1,000 miles a year, where many perished from the bitter cold. It was not uncommon for them to travel more than 3,000 miles in one season! They were often kept in harnesses for the majority of the day, helping the explorers survive in quite harsh conditions as their true best friends.

The first American Samoyed set foot on US soil in 1906. To be more precise, that is when the dog was registered with the AKC.

The early twentieth century was when their story began, as they became increasingly popular in the years after World War I.

Luckily, Samoyeds today live in vastly different conditions from their ancestors. Instead of pulling sleds, most of them live cozy lives, play, and live comfortably as proud family members.

They are well-suited for just about any type of living situation. However, hot weather may not be ideal for this beautiful breed. In fact, Sammies love just about anything colder than what many people would probably prefer.

Still, what would you expect from a dog that looks like a polar bear?

To wrap things up, here are a few interesting facts about the breed:

We hope you had a lot of fun on this exciting journey through history with us!

Which part of the history of Samoyeds did you find the most fascinating?

Let us know by leaving a comment down below right away!