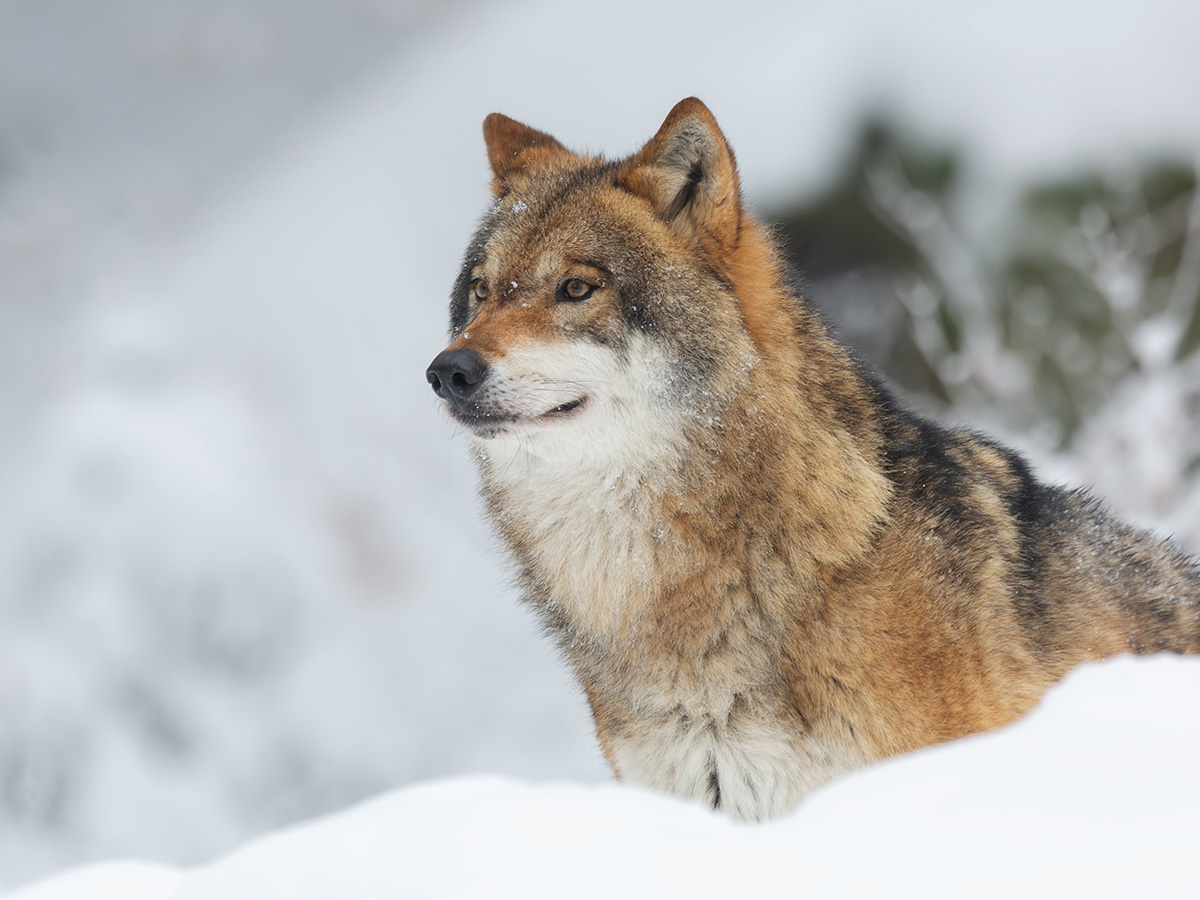 Dogs have been a part of human society for thousands of years. They have been with us since the beginning, and dogs are just like us in some ways.

However, we are not the only other species that have a special connection with dogs. In fact, dogs can look a lot like their relatives from the wilderness. We are talking about dogs that look like wolves!

Wolves and dogs share many similarities in physical characteristics, such as fur coloration patterns or body size. They also share many common abilities, such as hunting prey animals or scavenging for food.

This article will explore seven different dog breeds that all mimic wolf-like features to varying degrees.

Of course, the first dog breed on our list is our favorite dog breed in the world – the beautiful Samoyed!

A bit fluffier and more cuddly than most other breeds on this list, these dogs make excellent companions because they’re so gentle and friendly!

The Samoyed dogs are also one of the most beautiful dogs on the list. Their thick snow-white fur covers their whole body, and they are also known for their happy, fun-loving personality. They have a pleasant smile that is difficult to resist. They love to play and would enjoy nothing more than a good session of tug-of-war with a favorite toy.

Samoyeds were bred in Siberia and were often used to herd reindeer herds over long distances. Because of this, these dogs have developed to be rather tough dogs who can live out in severe weather conditions for long periods without showing any signs of distress. The Samoyed dogs also have strong Nordic herding instincts that can make them difficult to train at times.

Actually, our entire blog is dedicated to helping you find out everything you need to know about Sammies, whether you are a current Samoyed owner or hoping to become one in the future. Make sure to stick around after you have read this post to keep reading about this breed:

Suppose you love the fluffy, winter dogs that look like wolves (like we do here at Samoyed Hub). In that case, you also can’t go wrong with a beautiful Siberian Husky pup!

These dogs share many similarities to wild wolf packs in both physical features and behavior. For example, they have an almond-shaped face similar to a wolf’s snout, often covered by shaggy hair around it.

Huskies are known as one of the strongest dogs in the world!

They love to play in the snow, and they are dogs that look like wolves to their core, even though they may have a bit more beautiful eyes.

They have a short coat that protects them from cold weather, making them susceptible to heatstroke in warm climates. This is why Huskies should not live in areas that have extreme weather conditions.

Next up on our list is the Alaskan Malamutes, who are dogs that look like wolves in many ways!

One of their most notable features is how they have a wolf-like body shape and facial structure. However, like most dogs on our list, they are a bit smaller than the gray wolf.

Although they are called Alaskan Malamutes, their ancestors originally came from Siberia, where they used to pull sleds across snow during cold winters. They’re also known for their strong muscles and thick fur, which helps them survive harsh climates much more easily than other breeds would be able to do so!

Another dog breed that looks strikingly similar to wolves is the German Shepherd! There’s no doubt about it; these dogs share many similarities to their wild relatives.

German Shepherds are some of the most popular dogs in North America and Europe because they have a lot of energy, making them so much fun!

They’re also known as fiercely loyal friends who will never let you down. These dogs are strong enough to take on any type of job. Still, they are best suited for working with police or military agencies where they can use their incredible sense of smell during search-and-rescue missions.

Number five on our list is one of the least popular breeds here, but you should definitely know more about them!

Saarloos Wolfdog dogs are dogs that look like wolves primarily because of their incredibly similar facial structure.

They are a hybrid of German Shepherds. They have the same body shape as other shepherd dogs but with shorter hair.

This breed originated in Holland when a dog breeder Leendert Saarloos decided that German Shepherds could be bred into a better working dog breed by bringing them closer to their wild ancestors.

How did he do that?

He crossbred a German Shepherd with a gray wolf and then bred their pup with another German Shepherd. The result was this beautiful breed with a quarter of wolf blood in their veins.

Even though they look a lot like the fierce wild wolves, Saarloos Wolfdogs tend to be very affectionate dogs who will make excellent pets for families with children or elderly members.

With their wolf-like snout and ears, and their uncanny similarity to wolves, Kugsha is a breed that you also probably haven’t heard of.

The Kugsha dogs are also known as Amerindian Malamutes. They originally carried the name American Husky, which was not very popular, so they were renamed Kugsha.

We have very little knowledge about the history of this breed. We know that they were traditionally bred mainly as working dogs. We do not consider them as wolfdogs, which means that Kugsha dogs today most likely won’t have any wolf blood in their lineage.

Last but not least is the Czechoslovakian Wolfdog!

They have thick fur, pointy ears, and wolf-like features that make them one of the most unique types of dogs around!

The original breeders used German Shepherds for their breeding program, which makes these dogs very intelligent. They are a mix of a German Shepherd (94%) and a Carpathian wolf (6%), which is why they have the term ‘wolfdog’ in their name.

One disadvantage to this breed is that they need lots of mental stimulation. Otherwise, they’ll become destructive or anxious, which can put them into an awful mood if prolonged over an extended period.

They’re also very strong, with big paws perfect for running long distances on all terrain, including icy and snowy surfaces.

We hope you were able to learn a little bit more about dogs that look like wolves. We have taken a look at several dog breeds on this list and their various physical characteristics and behaviors.

All we can say now is that we’re happy that dogs have evolved over time to create breeds with new and unique features!

What is your favorite dog breed that looks like a wolf?

Let us know in the comments below!