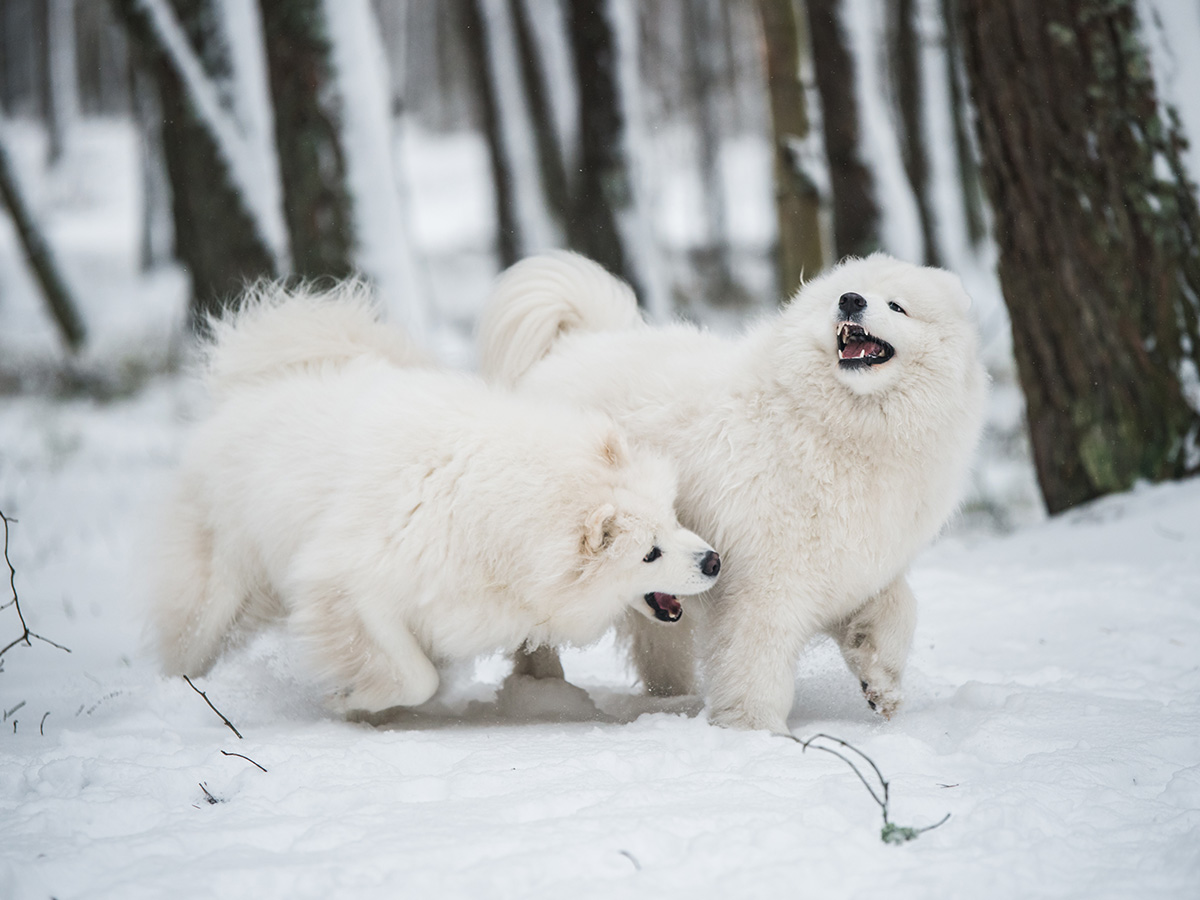 Samoyeds are a breed of lovable and friendly, white-coated dogs that are known for their shiny and fluffy furs. While the breed’s name is as unusual as it could get, you’d be surprised to hear that it fits the Samoyed origin and narrative quite well.

For those who keep asking: what does Samoyed mean? – you’ve stumbled across the light place because today, we’re delving into the Samoyed breed name and its history.

Origin of the Samoyed Breed Name

First things first – it is important to know where Samoyeds themselves originated from.

Samoyeds come from cold northwestern Siberia. Used for pulling sleds, herding, and keeping people warm, these dogs proved to be functional and loyal companions that can withstand the cold climates very well.

Fundamentally, Samoyeds derive their name from the Samoyedic people that called upon them as herding companions.

The Samoyedic people represent an ethnic entity of closely knit-together groups identified through their own language and cultural practices. By profession, they are nomads that herd reindeers and they were the first to breed Samoyed dogs.

The name ‘Samoyed’ in itself is an out-of-date term of Russian origin that is used to describe association to the broad Uralic family. Despite being an archaic word, it is still very well used to refer to the Samoyed dog breed popular all around the world.

When referring to something as ‘Samoyed,’ it indicates its belonging to the northwestern part of Siberia.

The Meaning of the Word ‘Samoyed’

‘Samoyed’ is an archaic word in the Russian language and is no longer in active use. It can refer to several things:

But where did the word come from, and what did it initially mean?

The word’s literal meaning is ‘self-eater,’ which may slightly reference cannibalism in light of certain folk tales. Still, the extent of why that is precisely the case is unknown.

Another meaning of the word Samoyed is ‘saam-edne,’ which means ‘the land of the people.’

Well, there you have it, now you know all about how the term Samoyed was coined and how it came about to refer to the fuzzy white friends you know and adore!

Let us know if you found these fun facts interesting by leaving a comment below!