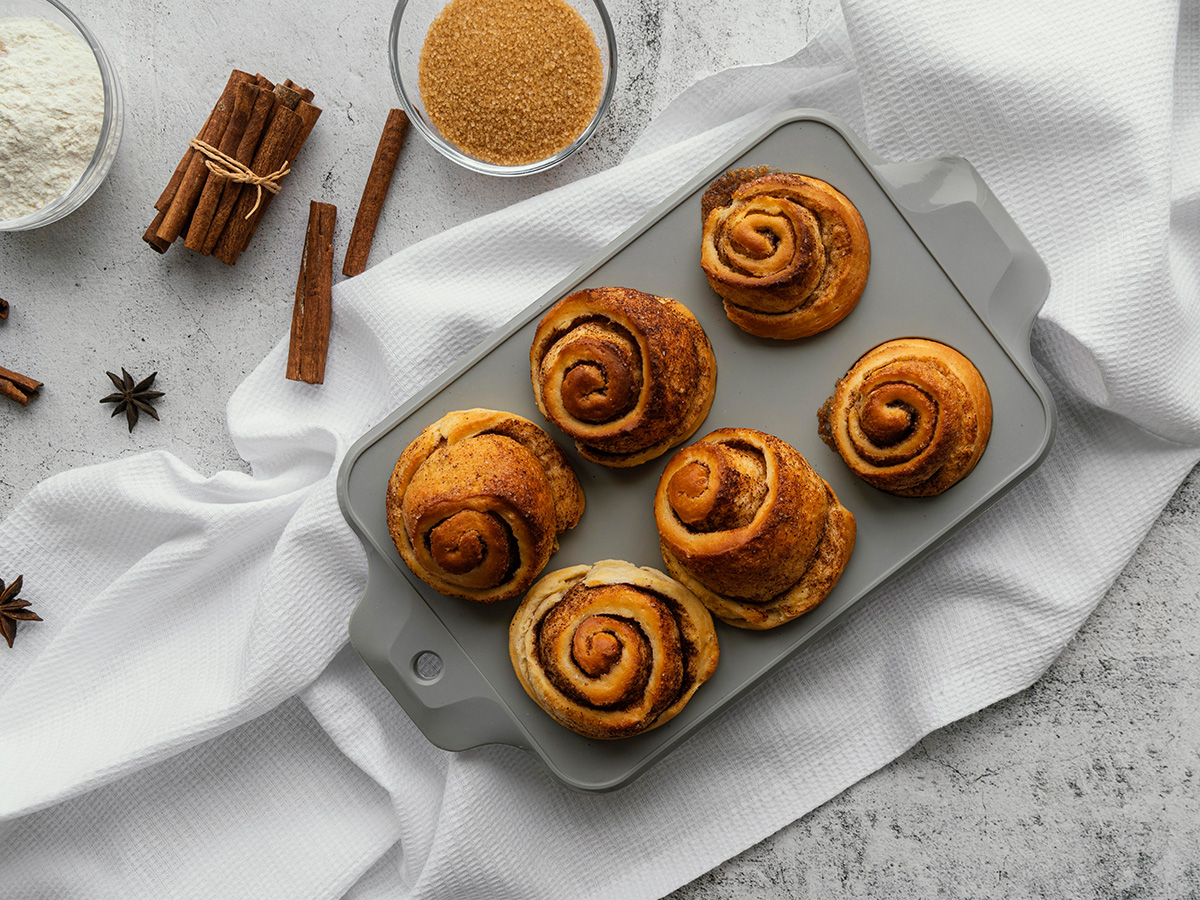 Cinnamon is a spice that we have been using for centuries.

It is said to be one of the oldest spices in existence and was even found on mummies from Egypt!

However, you are not here for some fun cinnamon facts (although a few can’t hurt); you are here to know:

Is cinnamon safe for dogs?

You have probably heard many different opinions about this topic, but what does science have to say?

In this post, we’ll reveal the truth about cinnamon and whether this spice is an appropriate food for your furry friend or not.

We are answering the big question right away:

Yes, cinnamon is completely safe for dogs, and it won’t cause health issues of any kind if given in moderate amounts. However, in larger quantities, it can cause skin irritations and upset the digestive system.

So, although cinnamon is safe for your dog, you must pay attention to the way you serve it to your pup.

Namely, science has confirmed that although cinnamon is pleasant and potentially even healthy for your dog. Still, it can very quickly become a disastrous choice if you overdo it.

We know that inhaling or eating large amounts of cinnamon can have an irritating effect on your dog. But what do we consider a large amount?

How Much Cinnamon is Too Much?

Although the answer slightly depends on the breed, constitution, and the general health of the dog, the general guideline is:

The maximum dose of cinnamon that is safe for dogs is about one tablespoon.

Moderation is vital in all aspects of a healthy diet!

What To Do If Your Dog Ate Too Much Cinnamon?

It is essential to be careful when you serve cinnamon because it can cause some severe side effects. However, these are not common and usually occur if your dog eats a large amount at once.

The most typical side effects of taking too much cinnamon are:

Also, in some cases, dogs get diarrhea which can lead to dehydration if not treated properly.

The bottom line is:

If your dog ate too much cinnamon, you should take them to the vet as soon as possible.

The treatment will be straightforward, but the opinion and advice of your vet are always valuable. The purpose of the treatment is to keep your dog safe from any side effects that may occur after eating a large amount of cinnamon.

How Should You Serve Cinnamon To Your Dog?

Cinnamon can be served to your dog as a spice, with meat or even raw.

First of all, always make sure that the cinnamon isn’t too old or moldy since this can be toxic to both pets and humans.

As we will see a bit later in the article, there are many benefits of cinnamon (for humans) which is why it’s so popular in cooking and for improving the taste of food.

For example, many dog parents say that their pup loves cinnamon and pork, so it may be worth your while to try it with your dog.

A better solution would be buying some cinnamon sticks from an organic grocery store and giving them to your puppy once they are dry.

Still, it is not an ideal food for your dog, especially not as a regular meal, so err on the side of caution.

Health Benefits of Cinnamon for Dogs

The cinnamon comes from the inner bark of certain trees. It has been used in many countries for thousands of years. Still, its popularity is growing nowadays due to the multiple benefits it offers our health.

What we do know is that cinnamon is a proven:

It is also rich in:

These minerals are essential for bone formation and strengthening.

However, while it may be healthy for us, according to some studies, we cannot say for certain if the same applies to dogs.

Related: Can Dogs Eat Watermelon – Watch out For These Few Things

You have probably viewed cinnamon solely as a spice that you can find in the human menu. However, cinnamon may be a valuable means to enhance the taste of the food you serve to your dog, as long as you are careful about the dosage.

Please tell us your thoughts in the comments down below:

Does your dog eat cinnamon?

How do you serve cinnamon to your dog?

Looking forward to reading your answers!